Tank Hero - Awesome Tank War Games is a tank battle game where you control an upgradable tank fighting against waves of enemy tanks. There are currently 20 worlds, and each world contains multiple levels waiting for you to explore. Once you die, you need to restart the game from the beginning.

After installing the game on mobile devices, players take control of an armored tank and are placed into a battle on Wild Grasslands. In addition to Wild Grasslands, there are Reactivated Factory, Desert Temple, Abandoned Mines, and other 16 worlds waiting for you to unlock. The main goal of the game is to battle against waves of enemy tanks to win the final glory! 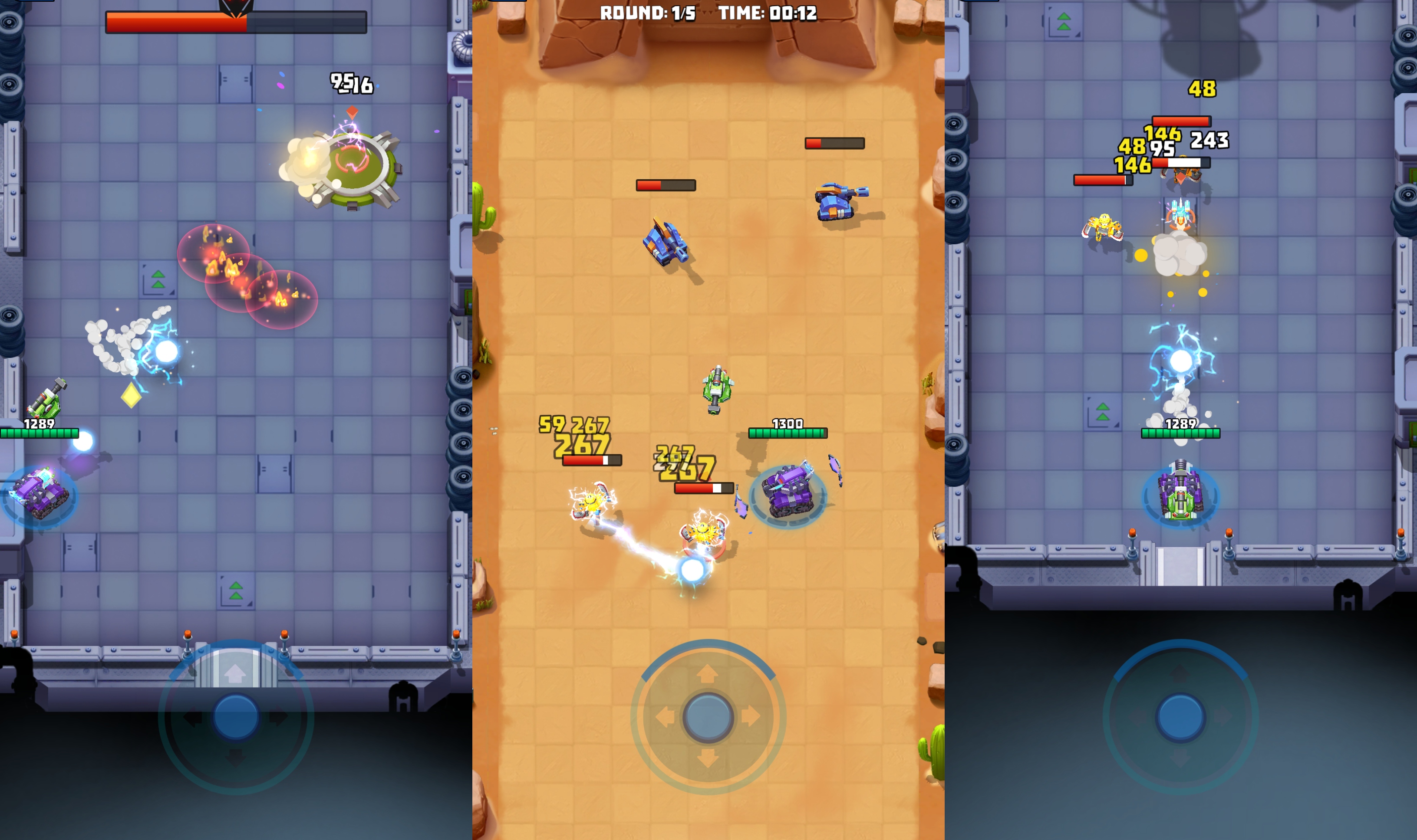 With the auto-shooting feature, players can focus their attention on defending and dodging attacks in the game. Every time you get attacked, you lose health points. When the health points reach 0, you have one chance to revive using diamonds and video ads before restarting the game from the beginning. The further you progress the more tricky the game becomes. There is an increasing number of deadly enemy tanks with various abilities and fierce firepower. In order to level up, you need to upgrade your own tank to make it stronger to face waves of enemies. 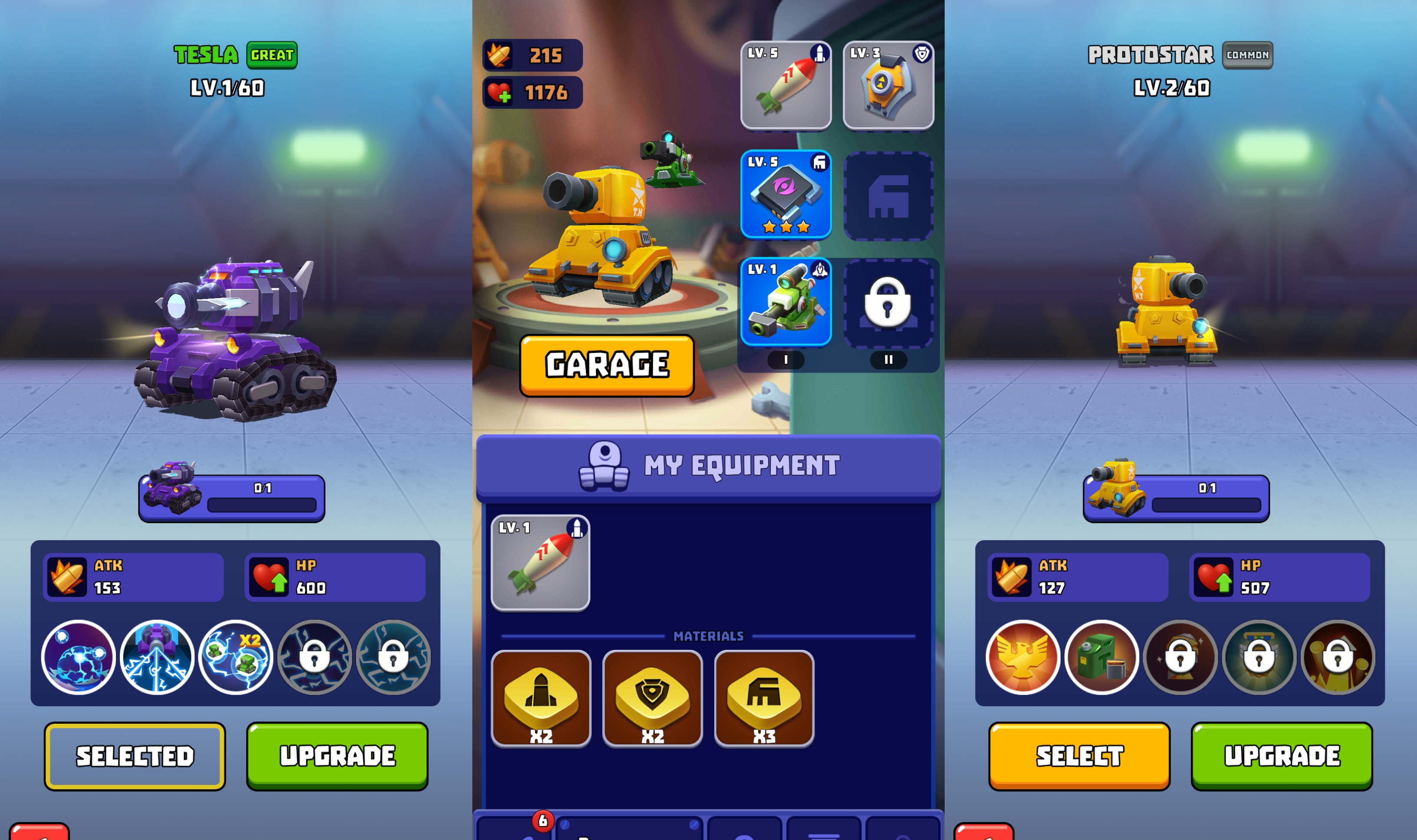 The fighting vehicles fall into four different categories: Common, Great, Rare, and Epic. Tanks that are rarer tend to have higher ATK, HP, and other powerful abilities. The default one is a common tank, and you can obtain other rare tanks from the shop treasure chest or purchase them using real money. Items like gold coins, materials, and diamonds can be used to upgrade your tank. So make sure to join battles and earn the needed equipment and weapons to make your tank stronger. 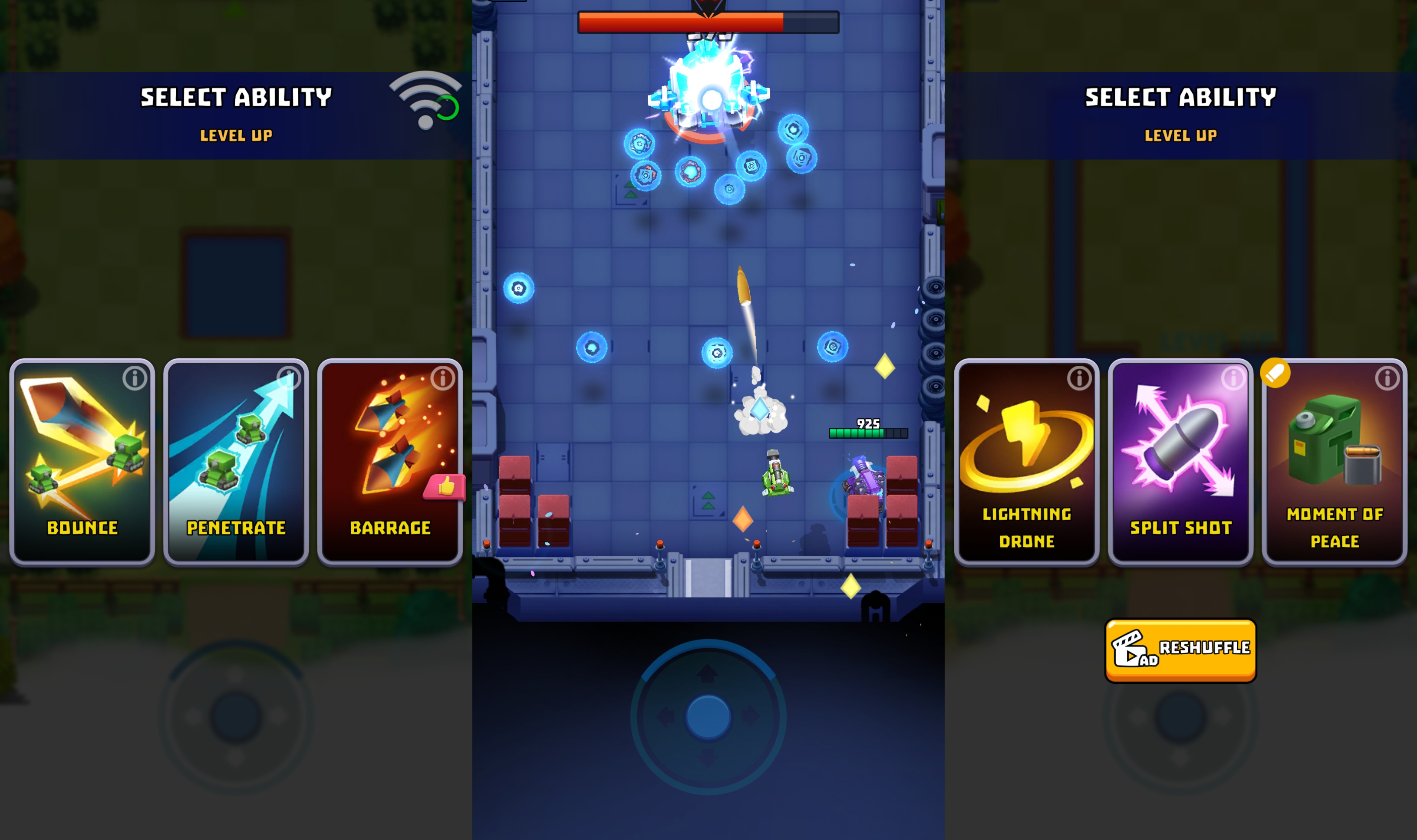 One of the most fascinating features is that you can choose a variety of skills in the middle of the combat to maximize your firepower. Barrage, for example, allows players to fire an additional shot and deal more damage to the enemy, making the game more fun. Don't forget to use the HP-related skills wisely to recover your health points during your battles and try to survive to clear all the levels in each world without restarting. 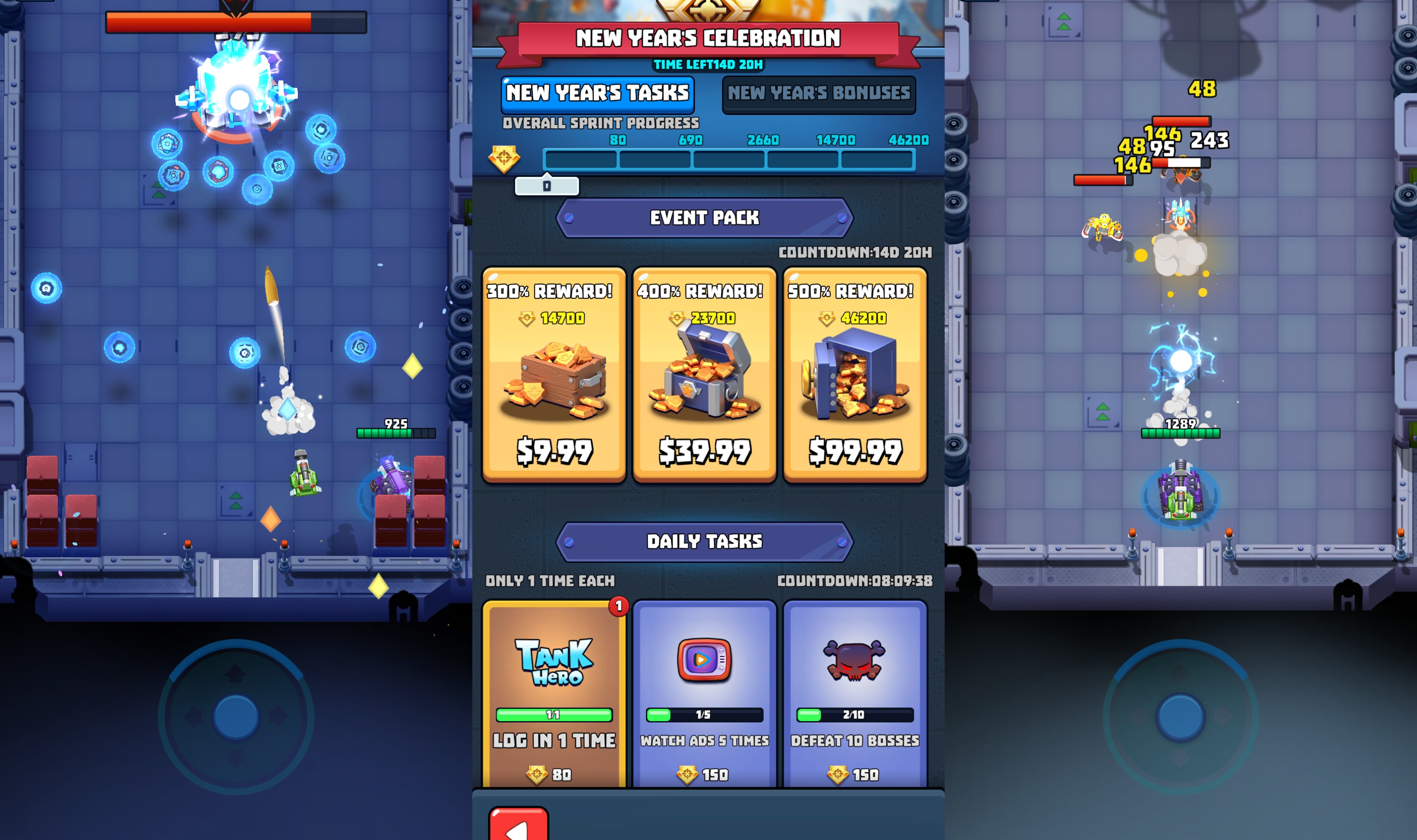 It’s free to download the game on both Google Play and App store but contains video ads and in-game purchases. The price ranges from $0.99 to $99.99, which allows players to purchase essential items with real money to enhance their gaming experience. All these in-game purchases are optional, and players can obtain gold coins, diamonds, tank materials, and other items they need to upgrade the tank by joining battles, watching video ads, completing missions, etc. 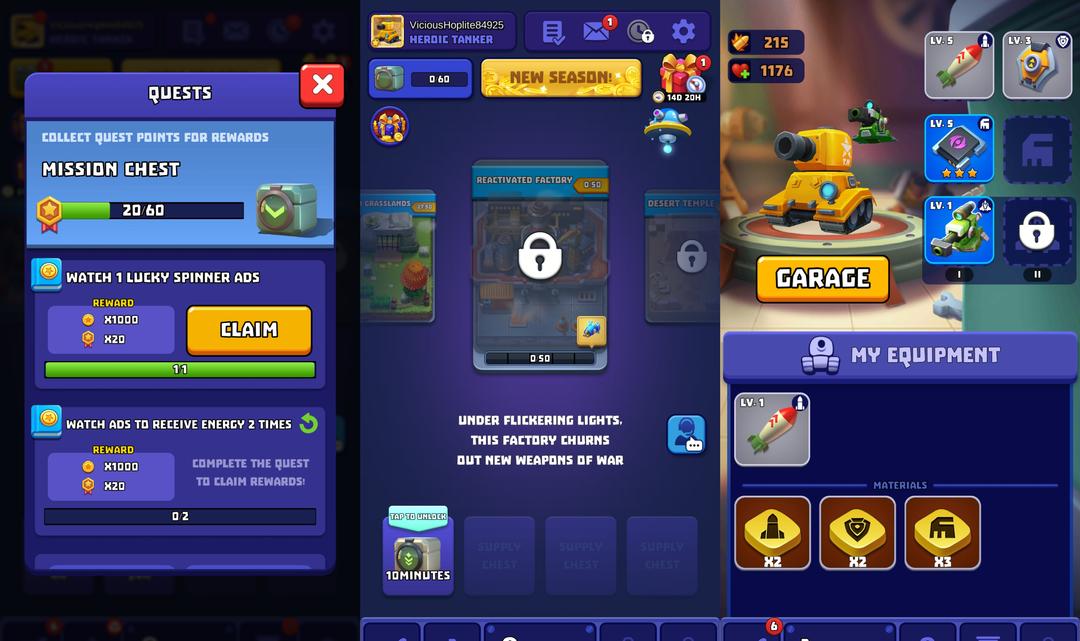 Tank Hero - Awesome Tank War Games is a decent tank shooting game you can play on your mobile devices. The game is a great option for both kids and adults to enjoy in their free time. If you are into casual tank games, this game is worth a try!