Stickman Fighter Infinity - Super Action Heroes, developed by Sky Central, is an action game that features a variety of well-known superhero characters, amazing graphics, and thrilling battles. The game was just published and has gained a high star rating on Google Play. Is the game worth playing? Now let's take a closer look at this fighting game.

Stickman Fighter Infinity – Super Action Heroes is a 1 VS 1 fighting game where you control your favorite superhero stickman to fight against the opponent. There are currently 4 game modes: Story Mode, Versus Mode, Tournament Mode, and Training Mode, and your main goal is to perform attacks and combos to defeat your opponents and unlock more maps, characters, rewards, and achievements along the way to the ultimate glory! 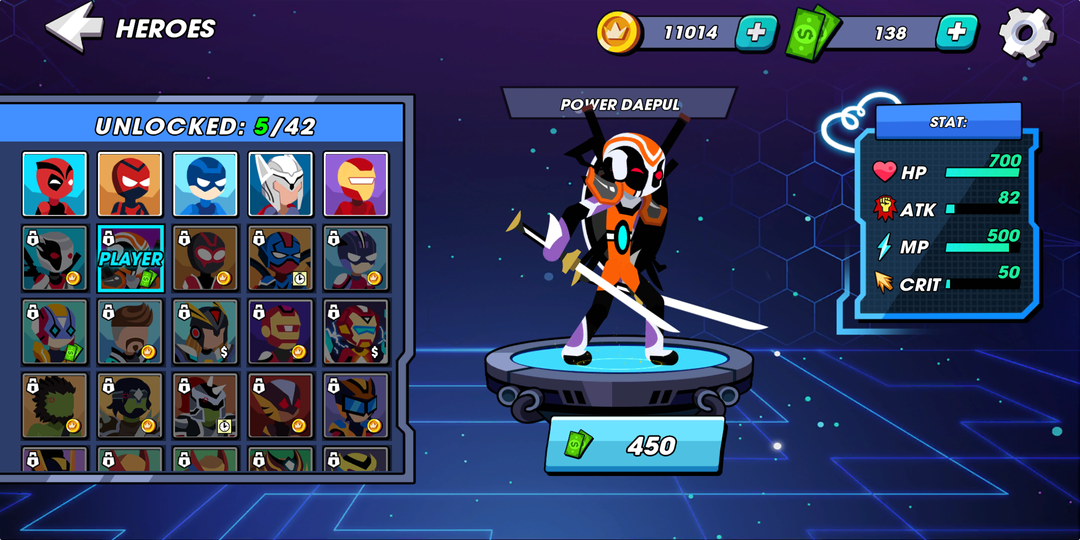 Stickman Fighter Infinity - Super Action Heroes contains a large variety of superhero stickman characters with unique and fascinating skills. Gamers can play the role of their favorite superheroes like Spiderman, Captain America, Iron Man, and use their special combat skills to knock down the opponent. Thunder, for example, you can use his mighty hammer to deal huge damage to opponents. Each character features a unique HP, ATK, MP, and CRIT, and it’s better to choose a superhero with higher ability scores to increase the possibility of winning the game. Unfortunately, you can’t level up these characters as you progress to make them become stronger. All you can do is joining battles to earn sufficient gold coins and gems to unlock more powerful characters. Of course, the game also allows players to use real money to purchase these items. 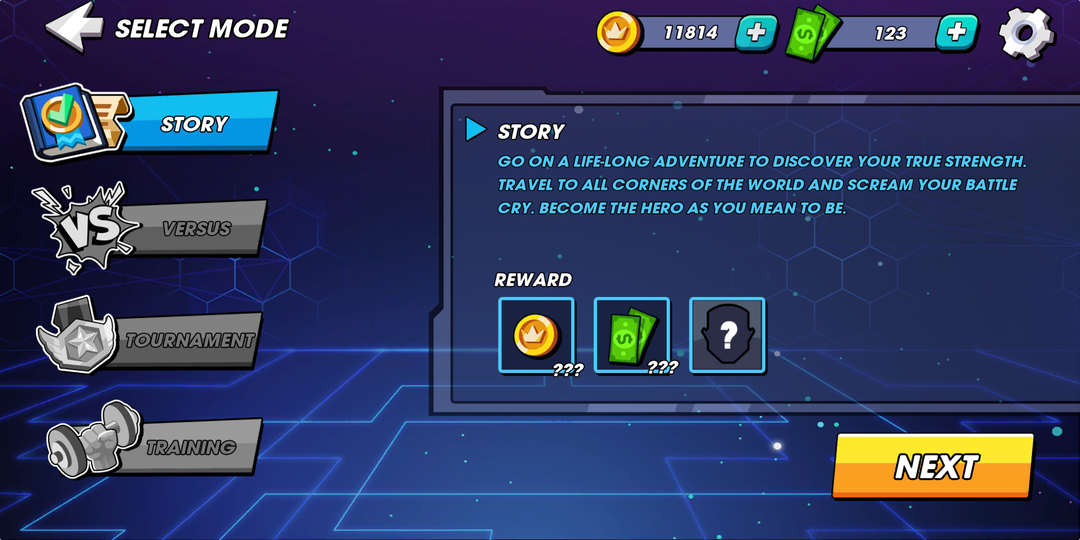 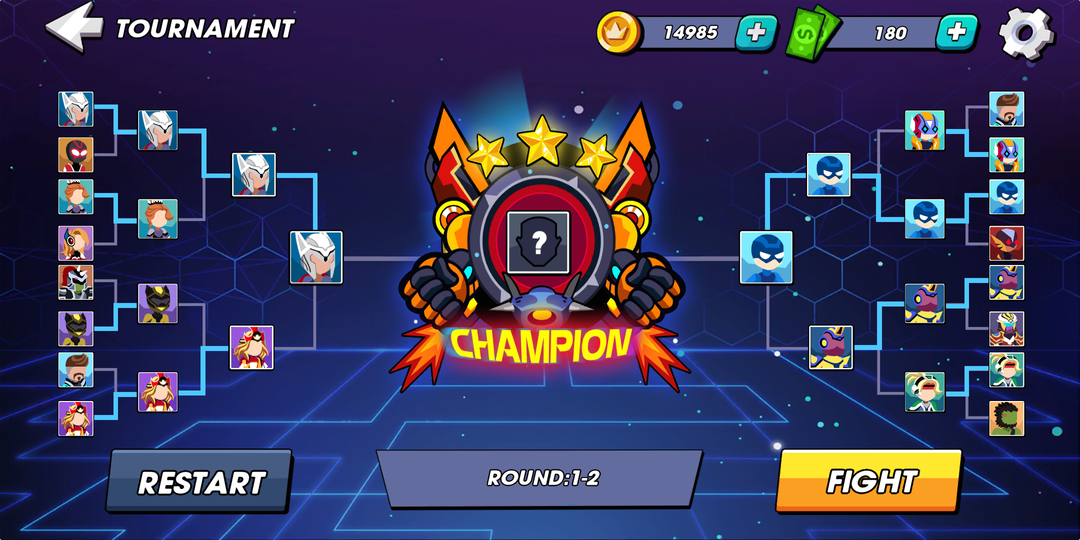 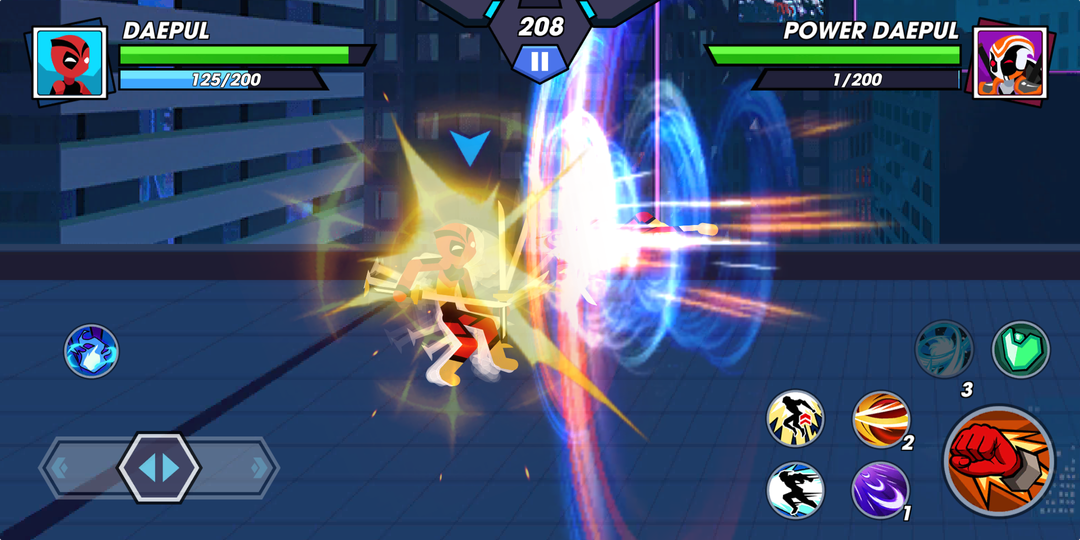 Stickman Fighter Infinity - Super Action Heroes has tight and responsive controls, so you can help your character move, dash, jump, and of course, perform attacks. The most helpful and powerful buttons are the Second Skill button and Charging Mana button. The Second skill can deal more damage than the basic attack and 1st skill, and also use less time than the Ultimate Skill (3rd skill), so you can act fast to defeat the opponent before he attacks you. Dash skill and other three special attack skills are all Mana required, so don't forget to click the Charging Mana button to resupply it in the middle of the battles. 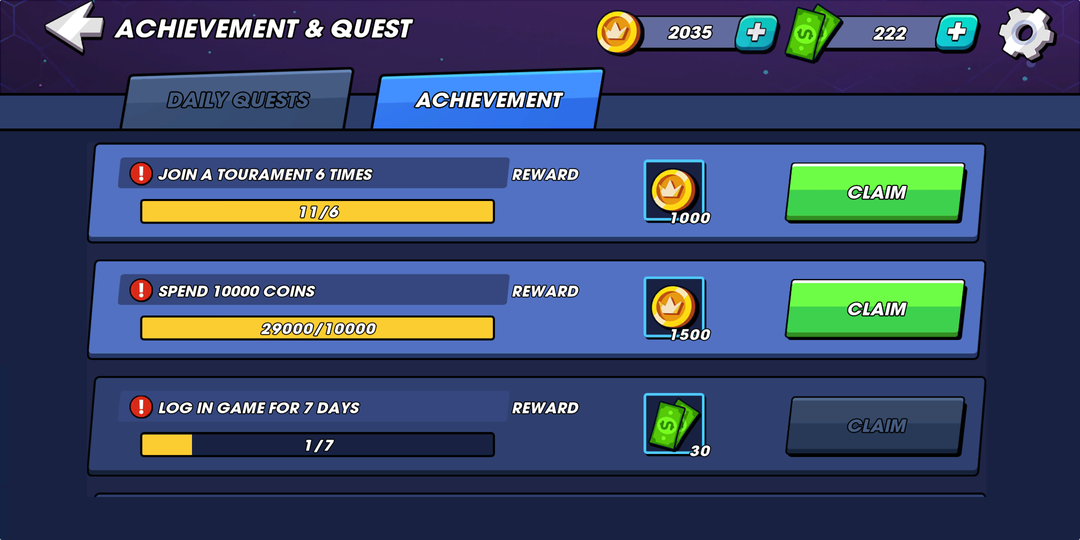 It’s free to download the game on both Google Play and App Store but contains video ads and in-game purchases. Gamers can either use real money to remove ads or have to watch a lot of video ads before and after joining a battle, which is quite annoying. There are many ways to obtain rewards, such as purchasing these items in the Shop, using the Lucky Spin, winning battles, completing achievement and daily quests, etc. Furthermore, gold coins can get doubled after watching video ads, and gamers can use this feature to gather sufficient gold coins quickly to unlock new powerful characters. 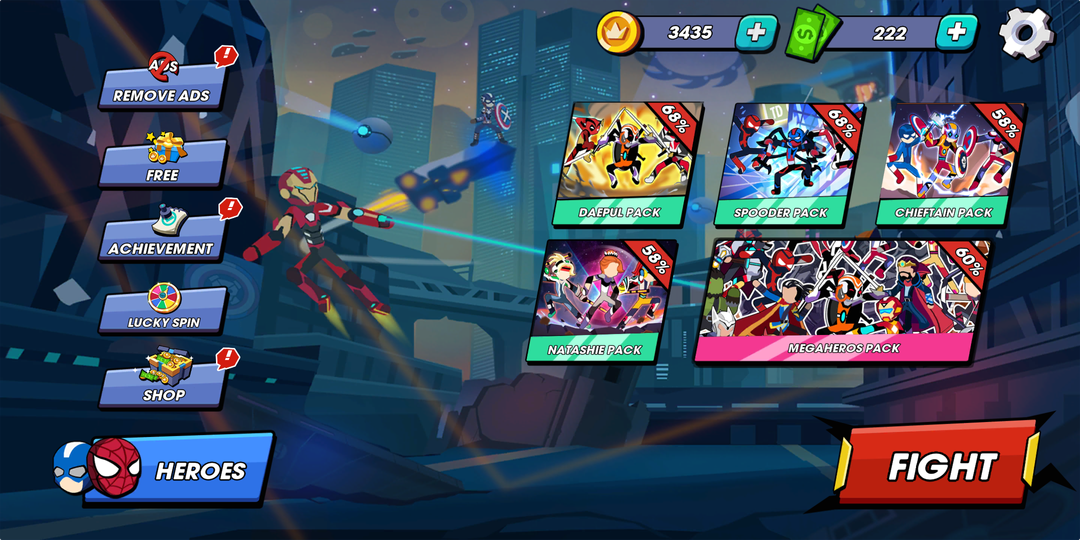 If you are into superheroes and have an enthusiasm for stickman battles, then this is the game for you. The graphics are terrific. However, the game contains a lot of video ads and some bugs that can affect your gaming experience, which is quite annoying.

Tag
Battle Fighting game
Apps in this article
Stickman Fighter Infinity Choose your hero and join the fight against the enemies and save the Earth 8.9 173 Reviews