Princess Connect! Re Dive Review – Enjoy the Gameplay through an Anime 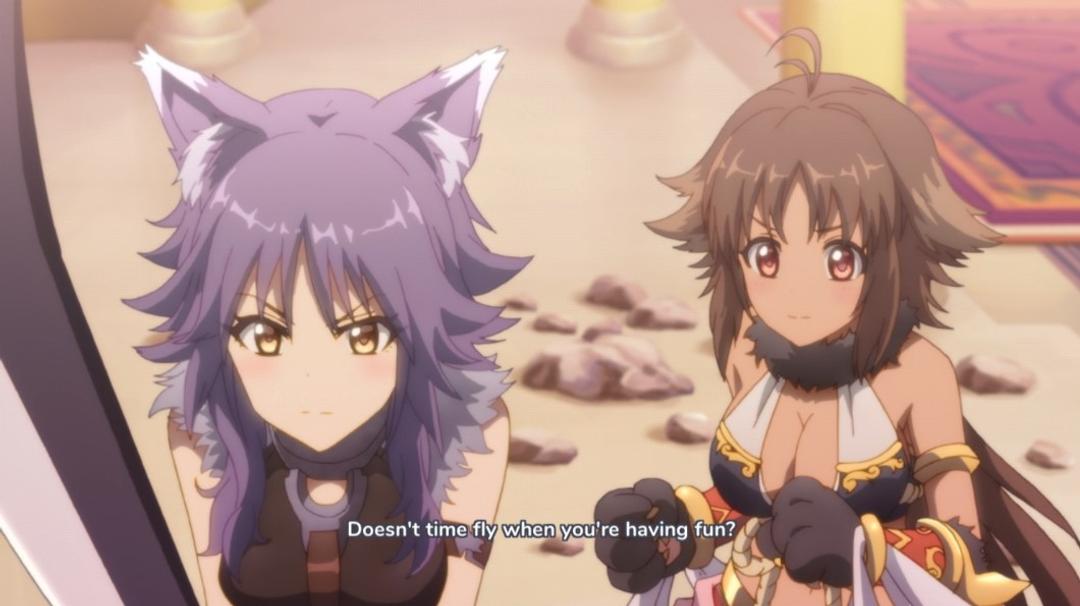 Princess Connect! Re: Dive contains a large scale of anime stories related to all the characters in the game. You need to be patient as there are so many additional data requires to be downloaded for the each chapter. When you proceed through the quests, more story contents will be unveiled with beautiful animated scenes. The game is voiced by many famous Japanese actresses which makes this game more like a fun anime series, but the English subtitles are not translated very well.

Watch various sceneries from the main quest will provide you Jewels (in-game currency). And new story content of your characters will be unlocked once their Bond level is increased.

The way you can get rewards like equipment and Jewels in Princess Connect! Re: Dive is mainly by completing different types of quests. The main quest includes two modes: Normal and Hard. Enemies in the Hard mode are tougher than those in Normal modes, but the rewards include not only equipment that are given in the Normal mode but also characters’ Memory Shards. Collecting enough Memory Shards allows you to unlock new characters or increase the stats of the characters you already owned.

Besides the main quest, there are also many other types of quests to provide you different kinds of rewards. For example, in Grotto you can collect EXP potions to increase player EXP points and Mana to enhance characters’ skills.

Unlike the battles in the main quest and Grotto where you can only send out up to five characters to the battleground, the Dungeons quest counts on the total power of all the characters you have recruited. You can send all the characters that reached the required levels on the battleground one by one to defeat the enemies on different floors of dungeons. Climbing up from floor 1 to floor 7 will earn you Dungeon Coins, Memory Shards, equipment and other useful rewards. Defeating the boss at the highest level of each dungeon even offers you items to use on your guildhouse which can produce stamina once placed.

Most of the battles in Princess Connect! Re: Dive contain 3 waves of enemies. You can speed up the battles by tapping the speed button at the right bottom corner of the screen. The controls in the battle are very simple as you only need to tap the character’s icon once the character’s TP is full to unleash the powerful Union Burst.

You can use Jewels to pull character gacha to recruit more characters in your team. Each character has her own unique profile and skills determine the position on the battleground.

Each character can be equipped with up to 6 items. Once all the 6 items are equipped, the characters can be ranked up to use more powerful equipment. And you can spend Mana to enhance characters’ skills.

Your characters’ level cannot be exceeded to your own level. Therefore you need to gain more Player EXP to level yourself up so your characters are able to reach as high level as they can.

Besides the real-time battles, you can also decorate your guildhouse with various furniture which may produce useful items that you need on your adventure. Giving gifts to the characters you placed in the guildhouse will increase their Bond levels which helps your characters boost up their stats in the battle.

Overall, Princess Connect! Re: Dive presents great art designs and fascinating animated story. Although the battle is quite boring as it is nearly automated with no manual controls, you may still be attracted by its contents. For people who are fans of Japanese anime, this is a must-play RPG gacha game you can’t miss. If you are not interested in this area, you may pass this game.