Dan's Adventure Into The Land Review

Run Jump and defeat all monsters in the lands.

Dan's adventure into the land is an adventure game developed by Remy Games. Just like the classic game Super Mario, this game features beautiful high-resolution graphics, simple controls, and a similar mission: Rescue the princess. Now let’s take a closer look at this game.

What’s Dan’s Adventure into the Land?

Dan’s Adventure into the Land is a fun and easy adventure game where you help Dan run through mysterious lands, dodge obstacles as exploring different maps, use special skills to defeat various cute monsters and collect as many gold coins as possible along the way. 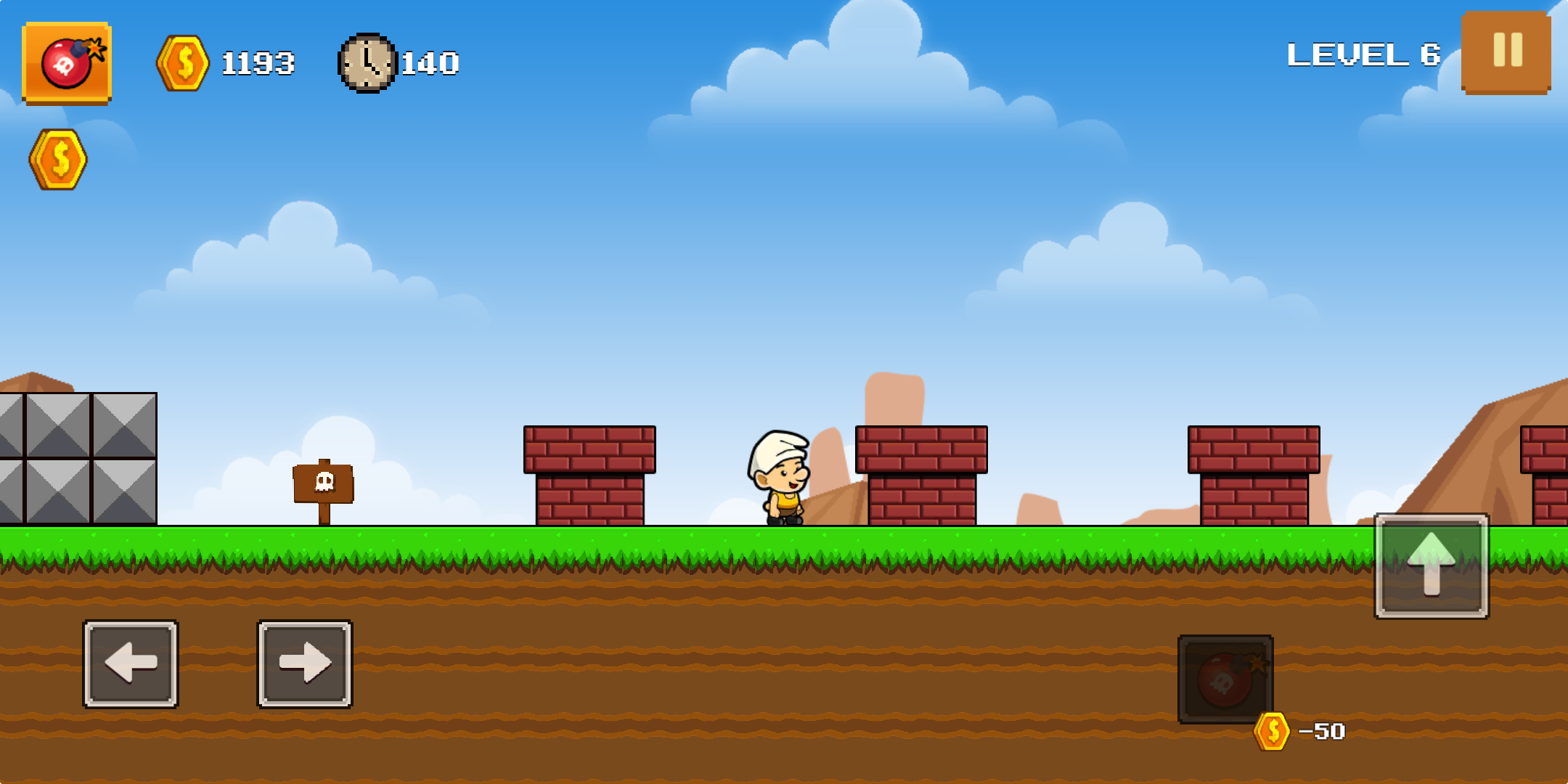 After installing the game on your mobile device, you start the adventure with the default character Dan. Since your main goal is to help your character rescue the princess at each level, you have to explore dangerous lands filled with deadly obstacles and super monsters. Help your character move forwards and backward to navigate the mysterious lands, jump to dodge dangerous obstacles or smash monsters, and use items collected on the roads to defeat monsters before being killed. 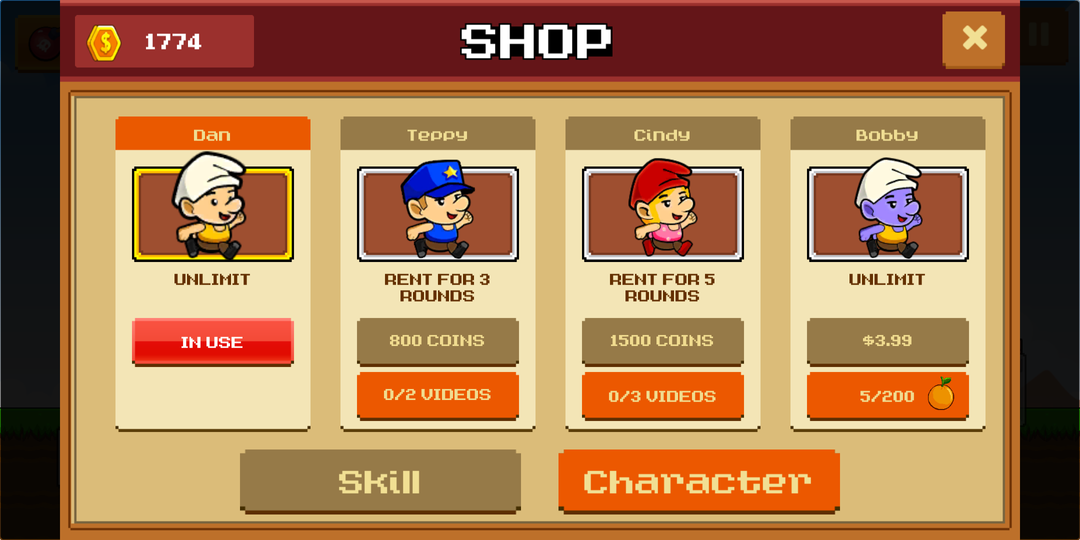 There are four more different characters with unique appearances waiting for you to unlock: Teppy, Cindy, Bobby, and Joseph. Players can obtain some of these characters by watching video ads and gold coins while others can’t be unlocked until you purchase them with real money and also collect enough resources at the same time. 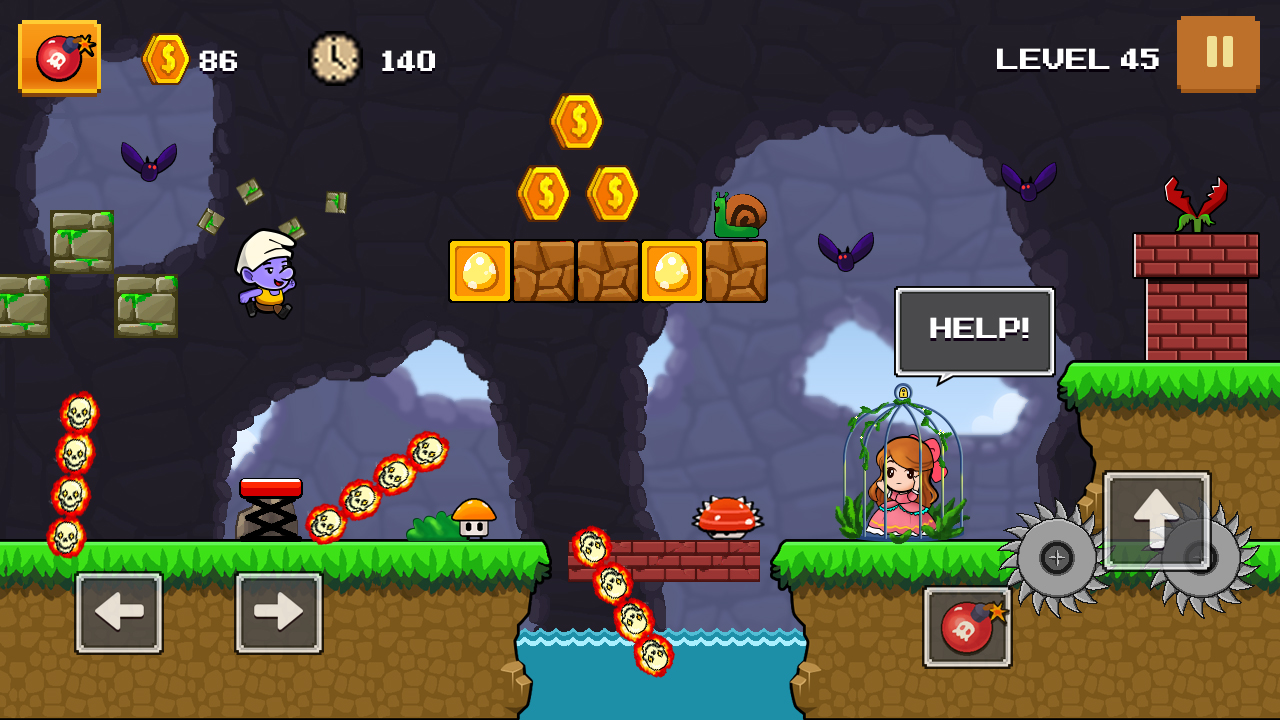 As you process, the game becomes more difficult. On difficult levels, there are more monsters and obstacles, existing on your way to saving the princess. Luckily, the most fascinating feature of the game is that you can eat items to become stronger and collect special items like power-ups and bullets along the way to defeat monsters before they catch you. Once you die or run out of time to clear the level, you can either watch video ads to revive or restart the current level. 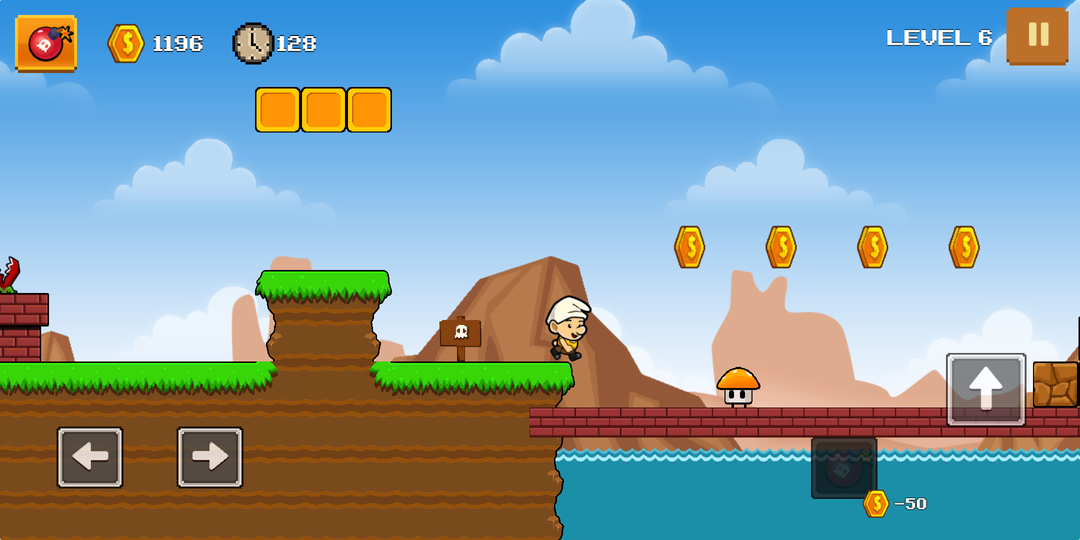 The controls are pretty simple to use. Players can use left/right and jump buttons to help the character navigate the lands. There is also a special item button on the lower right corner of the screen, and you can click the button to use the weapons collected along the way to defeat monsters. 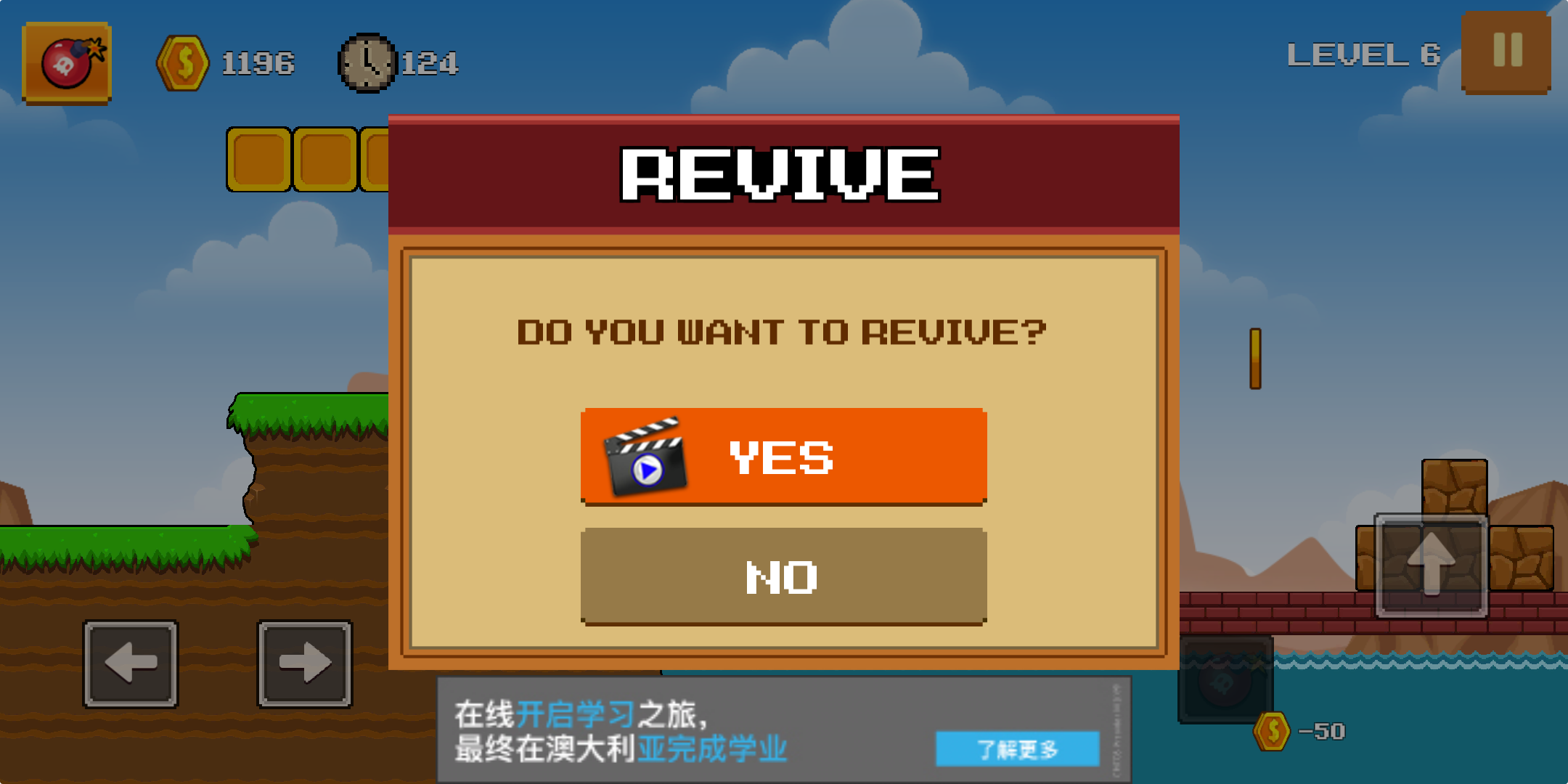 It’s free to download Dan’s Adventure Into The Land on both Google Play and App Store but contains in-game purchases and ads during your playing. If you die or run out of time without completing the level, you will have a chance to revive by watching ads. The game also contains in-game purchases which allow players to buy characters and special items using real money. Players can use this feature to obtain more fun characters and power-ups to enhance their gaming experience. 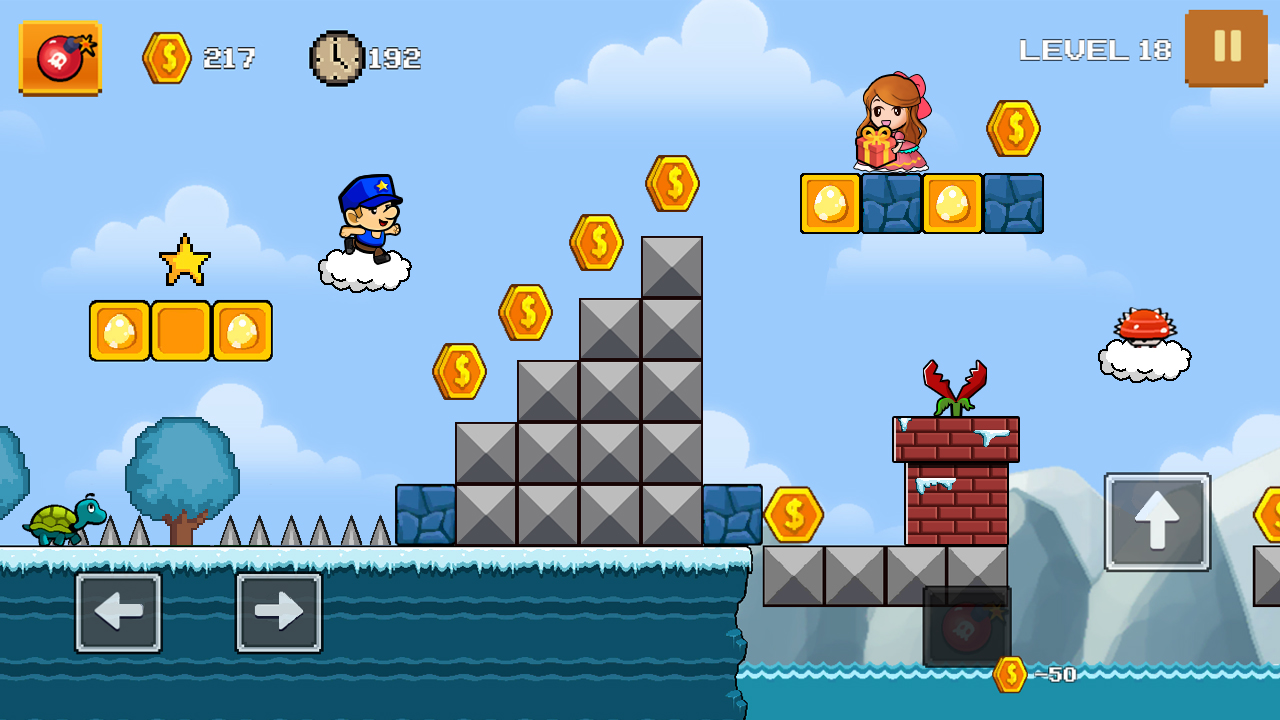 Dan’s Adventure into the Land is a decent adventure game to play in your free time. It's neither too difficult nor too easy, and there are many levels for both kids and adults to enjoy. If you are into Mario games, I believe you will enjoy yourself by playing this game. Happy gaming!