As a kid, I thought it was because the timing and position I dropped a claw was bad that I never won a claw machine. Over time, I knew many machines were set to grab loosely and there were actually “tricks” involved. But stuffed animals have lost attraction to me as an adult, so I didn’t put my hands on any crane machine or grab any prize until I played Claw Stars.

The game tells a story of intelligent hamsters who try to save the universe -- by beating a huge claw machine and getting a lot of “prizes”. And they (in fact, you) must build habitats for animals saved. Hamsters in numerous parallel universes are entrusted with the same mission, and confusingly, you must compete rather than cooperate with each other. That’s what the game is about. Next let’s walk through it. 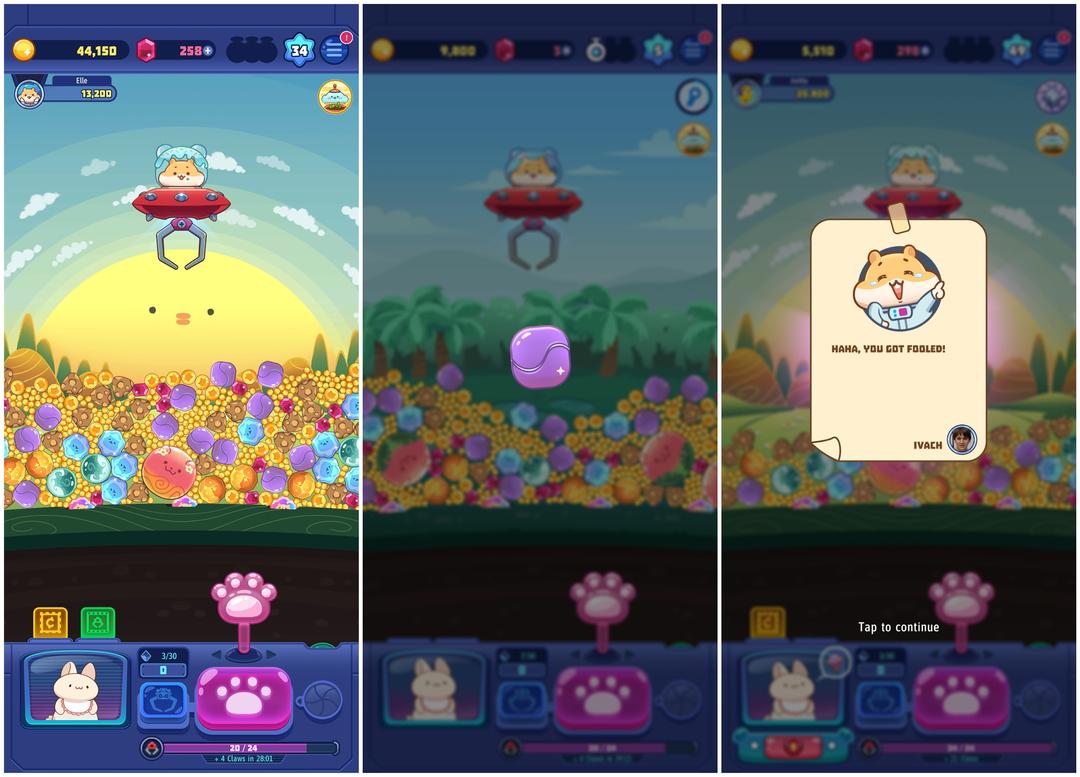 Orbs come in at least eight forms, each with different function. Those with a bear icon contain animals. Most purple boxes offer special collectibles for kidnapping, hacking or fooling your friends. Coffee-colored triangle stones are used to make powerful claws, which can grab bigger items. Take your time clawing and enjoy unboxing these mystery boxes. 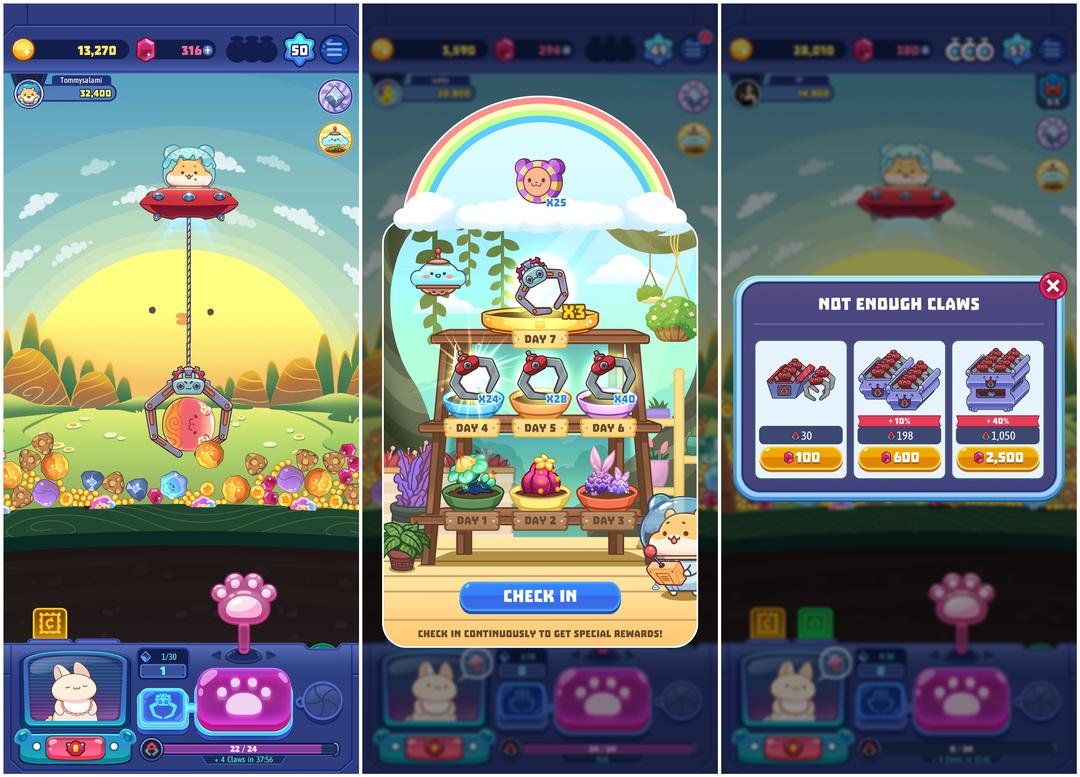 One thing deserves your attention is that the number of claws are restricted. They are equal to stamina or energy in other games and take a long time to refill. To get more claws, check in daily, watch ads, exchange with rubies, or simply patiently wait for them to recharge. 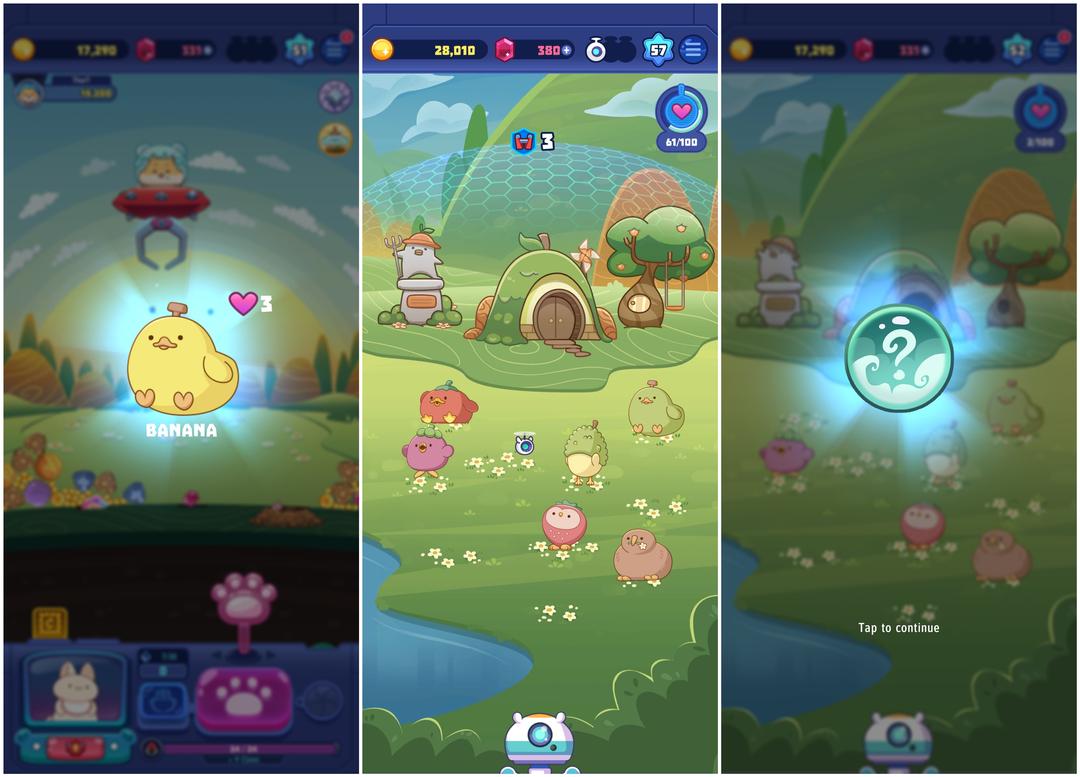 Cute creatures you’ve never seen before are trapped in orbs. They can be a monkey who is a math master, or a chicken who loves Bubble Tea. Aim your claw at these unique stones and save animals. Your claw isn’t as loose as that of a commercial crane machine, so you don’t have to worry about missing your goal. After being rescued, these animals will give you hearts regularly in return. Once you have collected 100 hearts, you’ll get a special gift sent to the orb mountain. 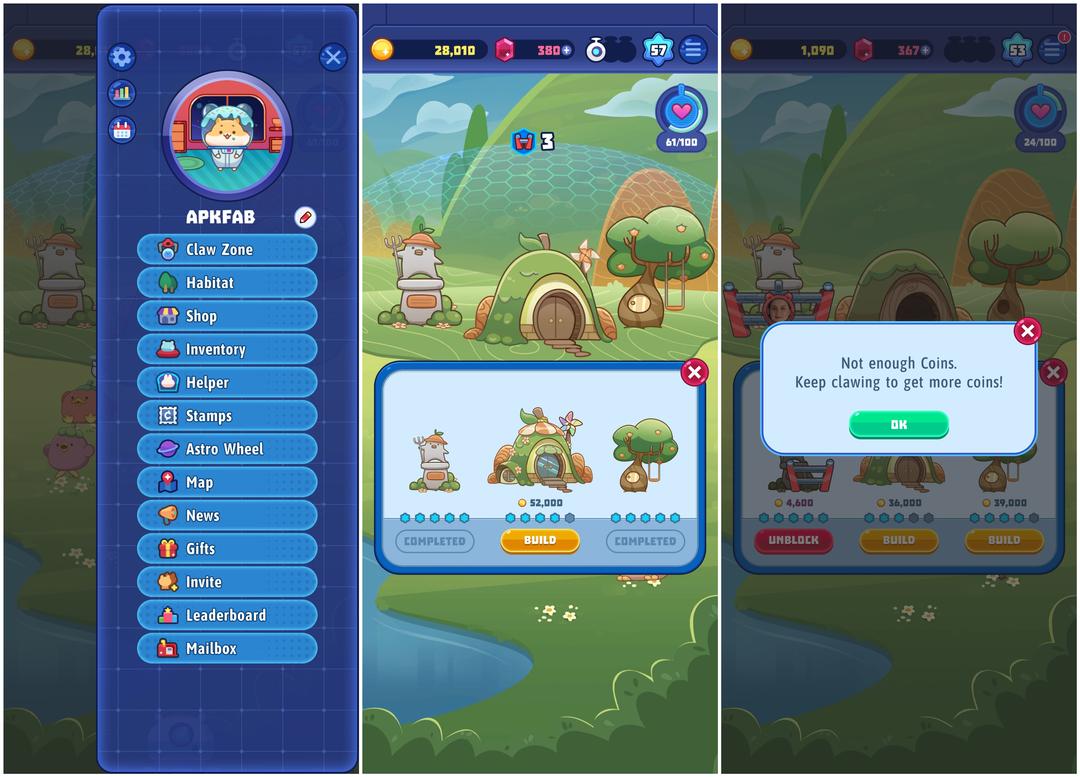 Rescuing creatures trapped in orbs is just the very first step. More jobs remain to be done, from building a shelter to protecting animals from threats. On each planet, there are three habitats to build. Unless you have them constructed, you won’t be able to rescue any creature. Also, you have to keep upgrading buildings with coins to make your animals more comfortable. So make sure you have enough coins!

Explore more planets in the universe 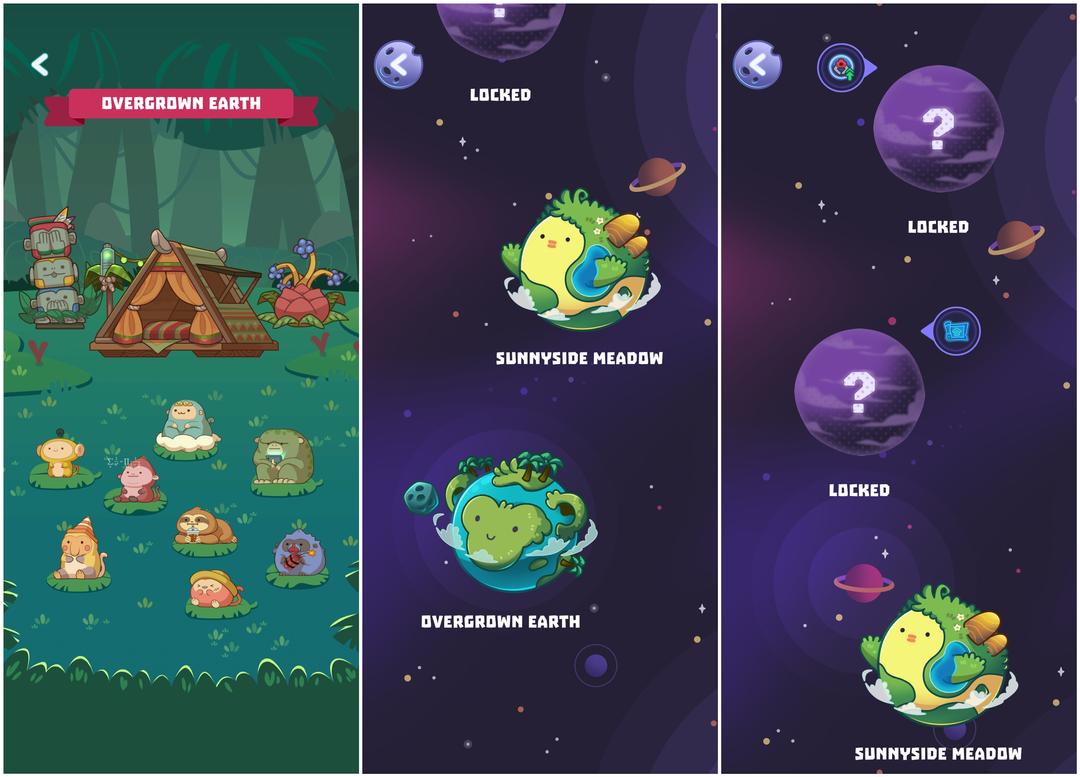 You first destination is Earth, but it is not the last. There are more than 50 planets to be explored in the ever-growing universe, each with unique animals and habitats. To unlock next planets, you must upgrade all three habitats to five stars. But this is never an easy task. You need to claw loads of coins from the orb mountain and protect them from stealing by your friends!

Kidnap, hack, and block off your friends 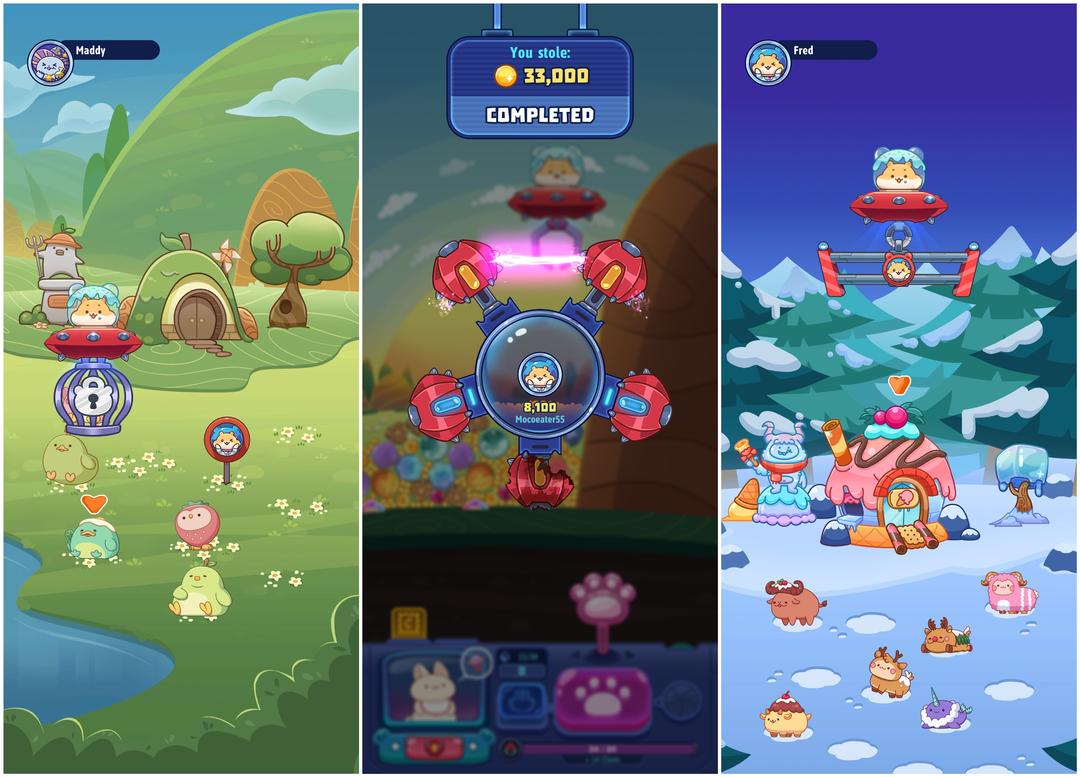 This is where the game turns both fun and annoying. You can use special collectibles to kidnap animals from other players, to hack them, or block off their habitats. All this leads to more money in your pocket. 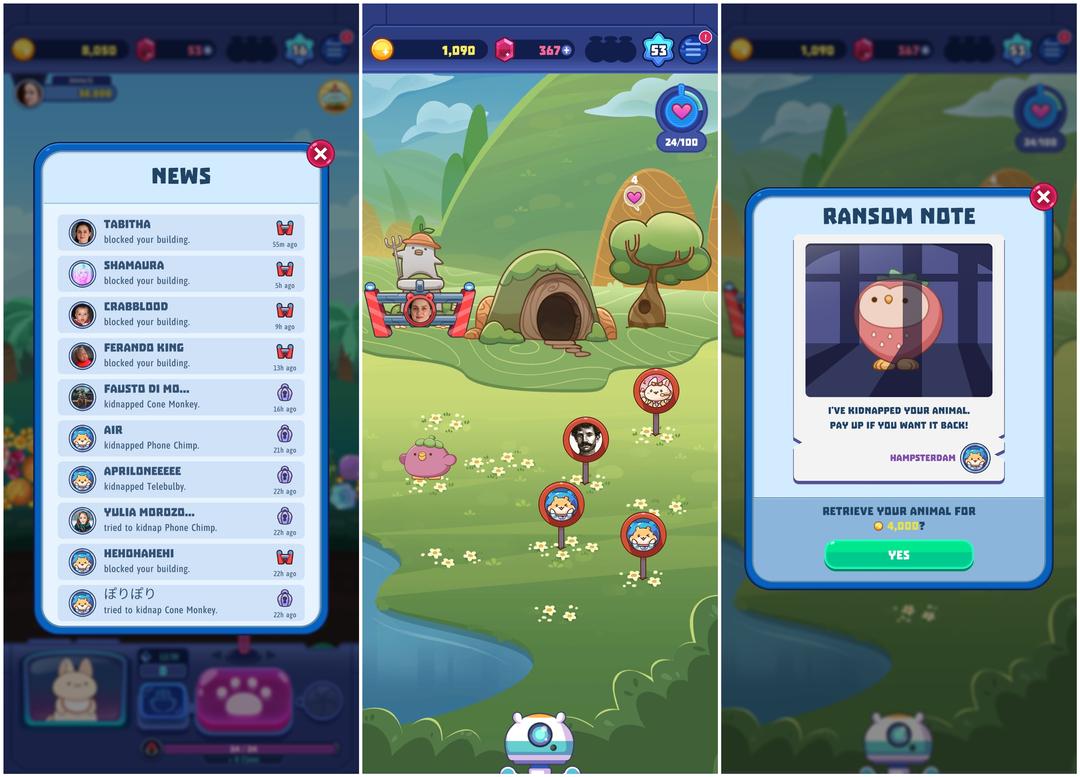 However, when you become richer thanks to your “generous” friends, some players build their fortune by doing the same to you: Abduct your creatures, steal your coins and block off your shelters. And you have to fork out the money earmarked for upgrading your habitats. What’s more, if you don’t log in for days, the punishment may make you think about giving up on the game altogether.

Claw Stars is a fun and cute game to play -- as long as you check it regularly. You can win the huge crane machine without worrying about the claw turning weak after an item has been captured. Every orb is like a mystery box, which you won’t know what’s inside until you grab and open it.

In addition to what I introduced, there are many more to explore, from collecting animal stamps to customizing your spacesuits and spaceships. The developer has been adding creative content to the game as it has been welcomed since the pre-registration was available. If you want to claw your way to riches, you can download Claw Stars on APKFab for free.

Tag
Arcade
Apps in this article

Tears of Themis from miHoYo Has Landed on Android