Keplerians, the professional of horror game design has recently introduced a new member of its horror game collection, Horror Brawl. It's a hot collaboration with Campero Games, a battle royale with horror settings. According to Keplerians, Horror Brawl is currently in a closed beta to collect feedback from players, but it's already available on multiple platforms. Watch the trailer below to see if you're interested.

There are four horrific Keplerian characters in total that you get to play with. Now it's only got one map which is the Evil Nun School, but more maps will come out soon after. The overall art design is very much like the Ice Scream series, which has intensified the terrifying atmosphere.

You start in somewhere in the Evil Nun School, what you need to do is to escape from there. To win the battle, either you should defeat all of your enemies and be the last one standing, or you can find the 4 chaos stones to transform into a powerful horror, Sister Madeline. 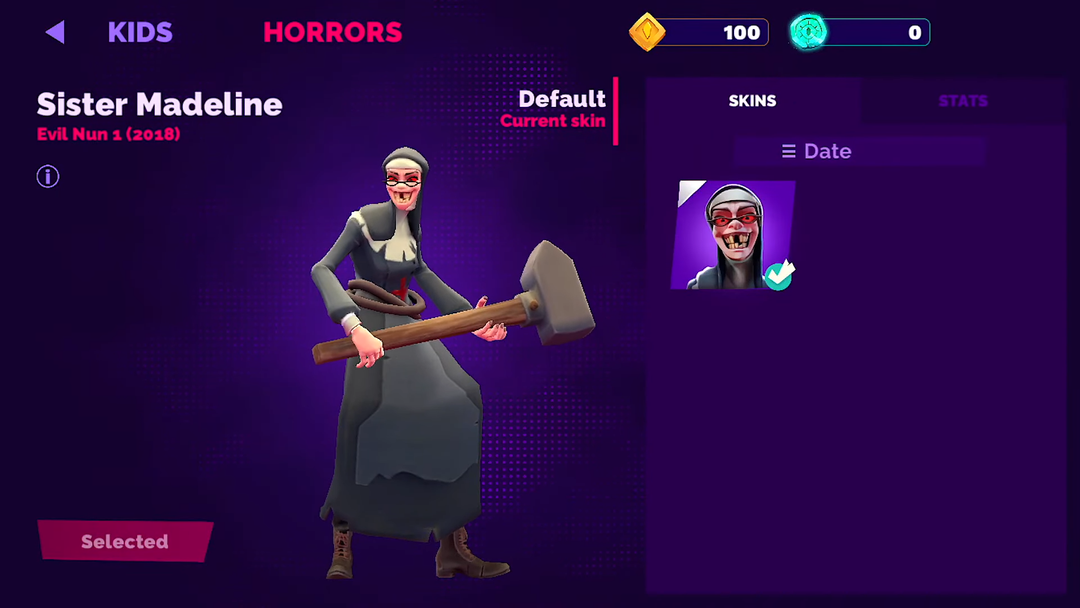 Defeat as many players as possible to fight yourself more time. Besides, if you become the first to escape from the Nazart portal, you win. The little devil's eye sign is to remind you of the time before the portal is open. You can also know the number of survivors left in the game.

The overall gameplay is very similar to Ice Scream, except that your enemies are real-time players, not Mike anymore. At the start of the game, all 16 players are located in different spots of the map, you've got a few minutes before the portal opens.

During this time, my advice is to carefully search the surroundings for more powerful weapons and useful props, like the first aid kits which can heal you if injured. The weapons are divided by rarity marked by different colors, make sure you choose the most useful one. A bat may not look fancy, but it can be very useful for a short-distance attack.

In Horror Brawl, there are various player modes to choose from. At first, you can take a look at the game by tutorial. Then, after you've played solo a few times, you'll be able to unlock the Duo mode to play with friends. However, since the game is quite new, it may take a while to match with other players. Other than that, you can give it a try to play as Sister Madeline. Once you've collected enough chaos stones, you can summon the "horrors" to attack other players.

When it comes to horror games, we always pay attention to the atmosphere created. Compared to other Keplerians's works, Horror Brawl is more focused on the battle royale part instead of the horror part. After a few rounds, you'll get used to the setting and only see it as a well-designed shooting game. So, whoever is hesitating to try Horror Brawl, don't worry about if it'd be too scary. Also, wearing headphones while playing is recommended for you can sense your enemies better.

Horror Brawl is worth a shot, for the classic art design of Keplerians and the easy yet satisfying gameplay. It's a good combination of battle royale and horror games. The game is now available for free download, in-game-purchase is contained for customizing the characters. You can buy skins for the characters or the weapons in the shop. Now, it's time to explore the horror world to find out more.

Tragic Yet Full of Hopes —— The Lord of the Rings: Rise to War Review